Nitrogen Vacancy (NV) centers in diamond have emerged over the past few years as well-controlled quantum systems, with promising applications ranging from quantum information science to magnetic sensing. In this talk, I will first briefly introduce the NV center system, as well as the experimental methods used for measuring NVs and controlling their quantum spin dynamics.

I will present our work on improving the quantum and sensing properties of shallow NVs using novel approaches for nitrogen surface termination of the diamond (in collaboration with Alon Hoffman’s group from the Technion).

I will then describe two applications of the NV platform for quantum technologies: magnetic microscopy and hyperpolarization.

First, I will present our diamond magnetic microscope, enabling high-sensitivity and high-resolution magnetic sensing. I will demonstrate the capabilities of this system through experiments in which we: (i) characterize magnetization re-orientation in thin magnetic layers due to the adsorption of chiral molecules (in collaboration with Yossi Paltiel’s group); (ii) measure the magnetization of vdW magnets (Fe5GeTe2) as a function of temperature across the phase transition (in collaboration with Hadar Steinberg’s group); (iii) develop a novel technique to characterize radical concentrations through their effect on the NVs (in collaboration with Uri Banin’s group).

Second, if time permits, I will describe the potential of using the NVs for hyperpolarization of nuclear spin ensembles, e.g. for enhancing MRI contrast. In this context I will introduce the standard schemes for hyperpolarization, and present new sequences we developed to address some of the limitations of existing approaches, namely in the context of low field operation and many-body interactions of dense NV ensembles. 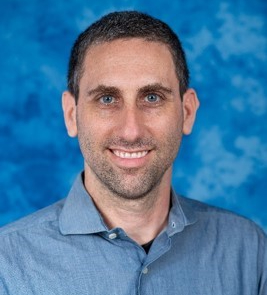 Nir Bar-Gill joined the Hebrew University in July 2013 as a joint appointment between the Department of Applied Physics and the Racah Institute of Physics. His research aims to create a platform for both fundamental studies in quantum science and interdisciplinary applications. Specifically, he is researching the nitrogen-vacancy color centers in diamond, which can serve as building blocks for quantum information processing and for quantum sensing, for quantum simulation of many-body physics and quantum thermodynamics.

Bar-Gill then spent the next three years as a postdoctoral fellow at Harvard, working in the group of Prof. Ronald Walsworth. He made contributions to the understanding of NV spin physics and to extending the NV coherence time to nearly one second. He received several awards, including the Minerva ARCHES award, the CIFAR-Azrieli global scholar fellowship, the ERC starting grant and the Wolf Foundation’s Krill prize.